We are a Total Solutions Provider that can offer a combined package or individual solution of high quality products to meet any requirements under any conditions.

Water is termed “hard” if it contains high levels of calcium or magnesium. 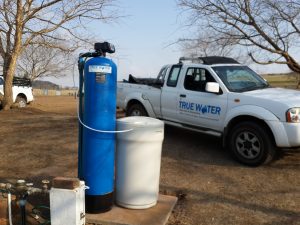 The presence of certain metal ions in water causes a variety of problems. In industrial scale water softening plants, the effluent flow from re-generation process can precipitate scale that can interfere with sewage systems. 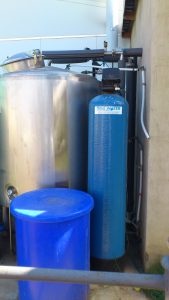 The problems that hard water casues:
“Scale” to form on the inside of pipes,water heaters, kettles, heating elements etc.
The calcium and magnesium precipitate out of the water and stick to things. The scale doesn’t conduct heat well and it also reduces the flow through pipes. Eventually, pipes can become completely clogged.
It reacts with soap to form a sticky scum, and also reduces the soap’s ability to lather due to the ions interfereing with the action of soaps.
They also lead to build up of limescale, which can foul plumbing, and galvanic corrosion.

Practical means for softening water rely on ion-exchange polymers or reverse osmosis. Other approaches include precipitation methods and sequestration by the addition of chelating agents. Devices that claim to use magnetism or electricity as a “water softening” technique are fraudulent and do not work.

The most common solution to treat hard water is the use of a water softener. Water-softeners use depend on an ion-exchange resin in which “hardness ions” – mainly Ca2+ and Mg2+ – are exchanged for sodium ions. Eventually, the resin beads contain nothing but calcium and magnesium and no sodium, and at this point they stop softening the water. It is then time to regenerate the resin beads.

Salt dissolved in water “brine” is then used in a process to regenerate the resin media replacing the sodium ions and displaces the Ca2+ and Mg2+ “hardness ions” from the resin. Once a regen has completed the resin is ready once again to soften the water.

The remaining brine plus all of the calcium and magnesium is flushed out through a drain pipe.

We supply and install a wide range of water softening systems to meet most applications.